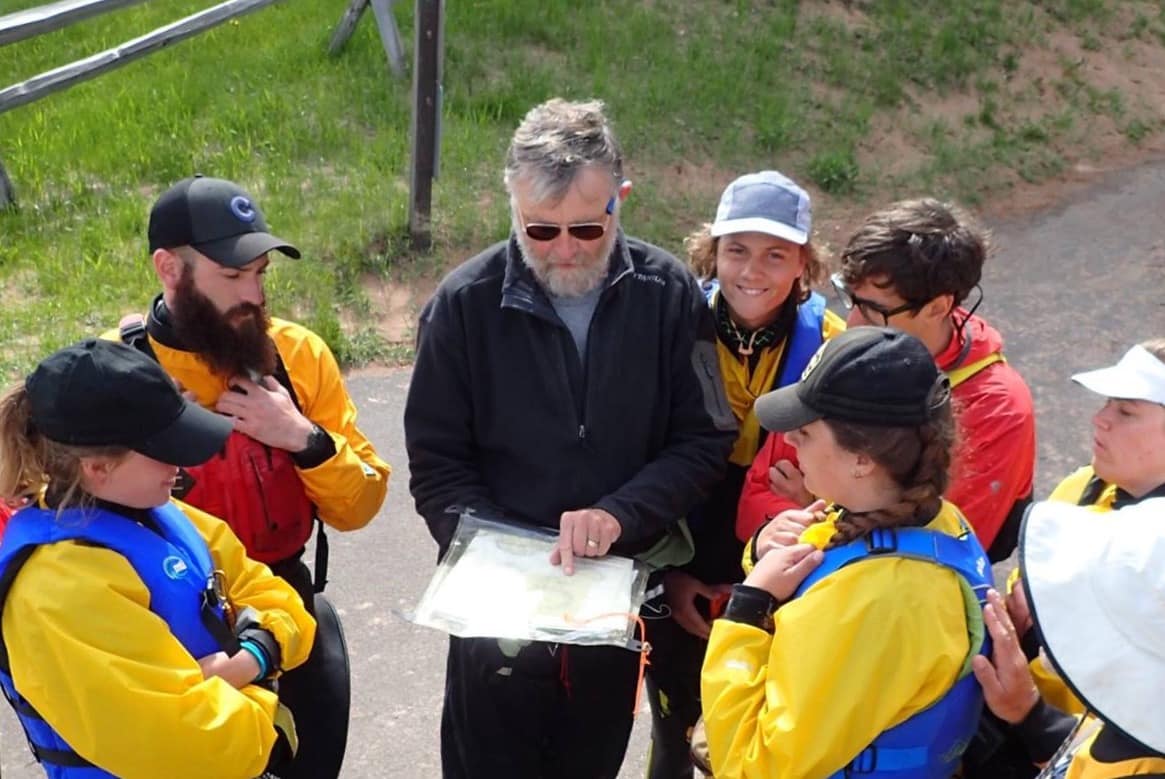 The first time I sat in a sea kayak was in 1997 in a Perception Eclipse on Lake Superior at a Trek & Trail safety course.  I promptly went over 100 yards from shore.  That fall I bought a used CD Storm from them, discovered the Greenland stick, and proceeded to paddle, island camp, and attend seminars.  Boats came and went and I took my L3 instructor training, and have been teaching at symposiums and working with guide training ever since.  I am a long time participant and then coach at the premier fresh water sea kayak event, the Great Lakes Sea Kayak Symposium.

Around roughly ten years ago, one of my last as a participant, I had become acquainted with Rick Hoffman, a kayaker from Northern Illinois.  One of the great benefits of the symposium is meeting, training, and relaxing with fellow paddlers from around the region, sometimes resulting in lifelong friendships.  In any event the weather deteriorated, the defecation hit the rotation so to speak, with a 20-25 knot wind that blew all night. When we went down to the community center Saturday morning the nearshore predicted waves at 5-7′ ,all the regular classes had been cancelled, and participants had three choices, Wind & Waves I, II, or III.  Rick and I decided what the hell, lets do the III.  We headed to the assembly area and there were five of us, Rick and I the only ones without helmets.  When we commented on that we were informed by the other three guys that they were all instructors.  Hell of a good ratio I thought.  In any event we were beat up pretty good, both by the waves and also by paddling up the channel for another surf run.  I remember missing a roll at one point and coming up effortlessly on the second attempt.  The reason it was effortless is that Keith Wikle had paddled over and shoved down on the edge of my boat.  It was one of Rick and my best days on the water.