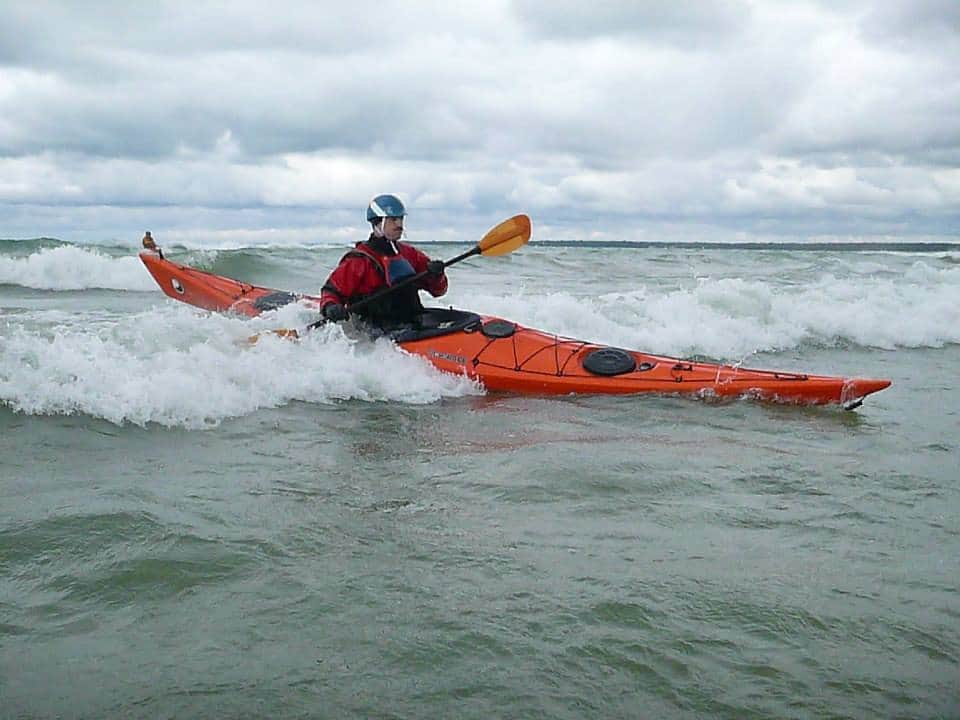 As a teenager in Germany I attended an after school kayaking program. It was nothing formal, just grab a kayak, some gear and go paddle. Riding freighter waves on The Rhine River was the thing that I remember enjoying the most. It wasn’t until almost 20 years later, after moving to Ann Arbor and watching paddlers on the Huron River that I remembered how much fun kayaking was. So 10 years ago I bought a kayak and attended a pool session held by the U of M Kayak Club. They taught me basic skills and how to roll, but I was immediately intrigued by another student in an impossibly small kayak doing all sorts of crazy tricks. I had to give those moves a try, so within a month I was buying another, shorter kayak more appropriate for all those cool tricks. By that first spring I continued my whitewater career by taking it outside to the rivers with no interest in sea kayaks, those long, boring boats that are so one dimensional.

But all that changed 6 years ago when I met my wife. She was in a skin on frame kayak that she had just built at a pool session held by the EMU Kayak Club over the cold winter months. She invited me on a back country kayak trip to Georgian Bay, so I rented a sea kayak and went on the week long trip with no knowledge of what kayak tripping was all about. The trip was spectacular and setting up a tent on a rock, barely big enough for one tent was something else. This was the beginning of changing my view about this sea kayak thing. What really hooked me was a birthday gift to join one of Michael Gray’s surf gatherings in October on lake Michigan. I learned surfing long boats is challenging and a boat load of fun. I got to figure out what I liked and my wife was watching me as I grinned from ear to ear when I caught those first long rides.

Currently I am a BCU 3 Star Paddler, a Level 4 white water paddler, a Level 3 Sea Kayak Instructor with a Rolling Certification and a Wilderness First Aid Certification. I currently teach rolling and kayak classes for Riverside Kayak in Wyandotte and have helped out Power of Water with some of their pool classes. Over the past 3 years I’ve taught at WMCKA, Port Austin and Great Lakes Sea Kayak Symposiums.

GLSKS presents a lot of firsts for me. My first symposium, first time on Lake Superior and first time seeing pictured rocks, on a perfectly calm day no less. Being able to touch the rocks, paddling into the caves and around the rocky shoreline was fun. I was mesmerized by the sheer beauty and remoteness of it all. On the way back it got a bit bumpier, as I quickly found out that is more the norm for Lake Superior. Everything up there is more remote and the road into Grand Marais is so straight and seems to go on forever. But then you literally arrive at the end of the road and there is this small town with all the things one needs, but without the corporate big shops and buzz. A small town with friendly people at the edge of a lake that is more like an ocean with fresh air.

There were more firsts on this Symposium, My first race for which I had picked Ray Boucher as my coach and partner. Turns out that was a good choice leading to the first German/American/Canadian win of the coveted paisley vest in the long history of the GLSKS. The rules around the race are still a bit murky to me and I’m still not sure that we had really won, but that’s how it is recorded in the record books by the judges. Then there is the pasty dinner and the first time I ever met a full class of seniors for an entire town that could have all gone to the dance in one Minivan. Seeing this town and living in it for a short time is such a treat and so different from my day to day routine. 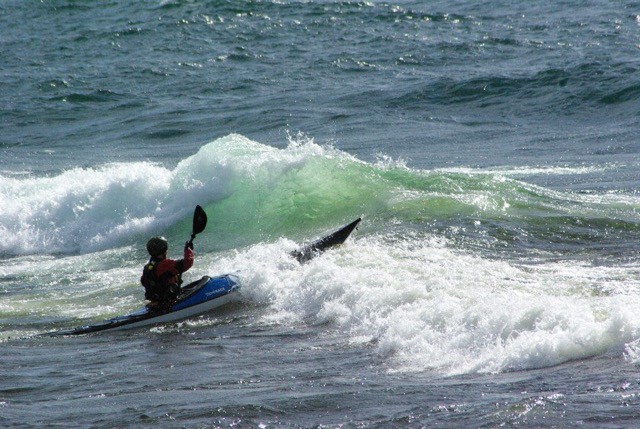