Scott Fairty passed away June 24th, 2022 after a brief but aggressive fight with metastatic melanoma. Coaching at GLSKS in Grand Marias was one of his favorite places to be. In his final note to friends he wrote the following:

“To my paddling friends: the next time you’re out surfing a wave or about to drop a boof, if you feel a little boost that says “go for it!” — that’s me paddling beside you, encouraging you. I’ll be with you on every wave.”

We know he will be with us at every GLSKS encouraging us all to suck less.

I took up whitewater kayaking at a pool course in the winter of 1981.  The class consisted of a  few evening sessions in the pool and then a graduation day trip down Connecticut’s Housatonic River.  I was hooked.  Almost every weekend that first season was spent paddling New England rivers with my instructor Fiona McKnight.  We were married soon after.   Around 1983 some friends and I took a weekend canoe lesson with Tom Foster at The Outdoor Center of New England.  Tom was then the chair of the ACA’s National Instruction Committee (now the SEIC) .  Tom was always looking for the “why” we do something and an answer of “that’s how we’ve always done it” was never acceptable. He passed on the concept of “don’t just give me your opinion, give me your evidence”   In 1996 I met Nigel Dennis and became involved with the BCU (now BC) system and that opened up a whole new level of sea kayaking and coaching.  I dabble with canoes and SUPs and have paddled sea and whitewater kayaks across the US, Belize, Ireland and Wales.

I’ve got  a trip to a Tibeten mountaintop to try and figure that one out.

My first exposure to the Great Lakes Sea Kayak Symposium was way back in (I think 1987) when it was held in Traverse City.  I was living on the east coast and was working on the ACA’s Coastal Kayaking Committee (actually before there was an official Coastal kayaking discipline).  Stan Chladek was also on the committee and invited me to TC to teach and have some meetings about the new curriculum that was in development.  I came to Grand Marais for the first time in one of the mid 90’s symposiums attending the BCU Week that Stan had organized prior to the symposium.  I’ve since been a part of another 12 or 15 BCU/ACA Weeks and symposiums.

So many of the visiting British coaches initially had the attitude of “Oh, we’re sea kayaking on a lake, isn’t that quaint”  but they all left with the attitude of “ooooooh, now I understand why they’re called Great Lakes”.  The symposium is a great opportunity for sharing ideas with other coaches, to be mentored and to be a mentor.  So many of us tend to coach most of the time in relative isolation. Getting exposed to fresh ideas that we wouldn’t otherwise have been exposed to is super important for our continued growth as coaches and GLSKS offers the opportunity for that to happen. 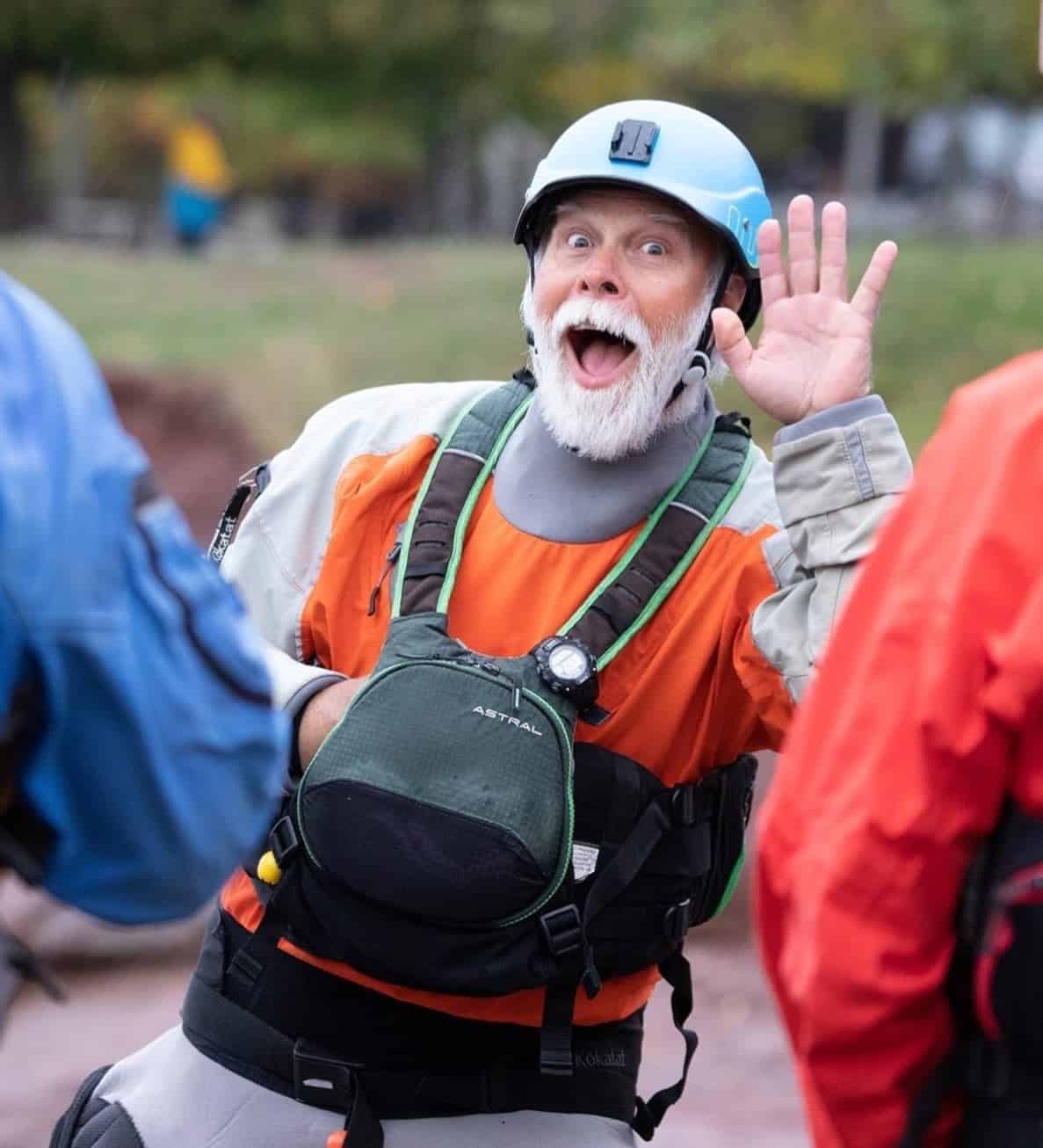